Interesting Clothes The Victorians Would Wear! 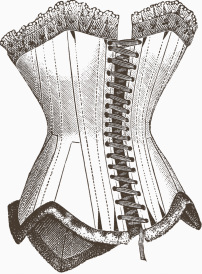 Probably one of the most popular pieces of clothing among woman during the Victorian era. During the Victorian era woman were thought of as the weaker sex, because of this form of thought woman were considered to be weak in the mind and body. The corset was then thought to be a moral and medical necessity. Since a woman's body was "weak" it was believed that a woman needed some form of assistance to help hold her body up. This is where the corset came in. Thought to be helpful, a woman's maid would tightly lace the corset around the woman's body, but in reality the corset was far from helpful. What the corset was doing was enhancing the waistline while  deformed the internal organs.

Cons To Wearing A Corset: 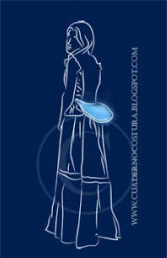 See that flap hanging from the woman's waist in the picture to the left hand side of the page? Yes, well, that is called a  "bustle" or polisón.  At one point during the Victorian era bustle's came to be a very popular piece of clothing, especially when woman were attending a special occasion or fancy reunion. Once the woman had put the bustle on she would then put a skirt over top. This piece of clothing was essential for it gave form to the dress, it also enhanced the rump and kept the skirt from dragging along the dirty floors.

The top hat! The top hat was really only worn to make a statement and signify wealth and class. Men would often have many different top hats of various shades of black and grey 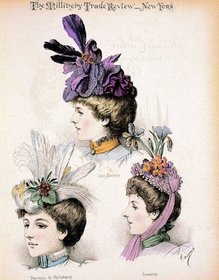 During the Victorian era woman also wore hats, though a woman's hat would often have sparkles, buttons, feathers, flowers, or bows. Extravagant accessories made a woman look wealthy. Woman also wore hats to prevent their skin from burning, back in the Victorian era a sun burn would be a sign of working in the fields which meant poverty, and no woman wanted to look poor. Therefore they wore big fancy hats.